Depression, a word that for each person has a different meaning. A word that for those that have never suffered with means you are feeling a bit down, upset, or sad.

Since I was twelve I have suffered with depression at different degrees and for different reasons. Today I want to talk about it… need to write about it.

I don’t know where anyone else starts, in all honesty I’m not sure when it started for me. I do know that two big events happened that set in motion a darkness.

The first and somewhat easiest to talk about is moving to Kenfig Hill, a new school to be exact. It would be the second time this has happened since coming back to Wales. This time however was different. I was bullied, almost from the first day.

I am, or was, well-spoken. A story to itself, this meant though that I sounded more English then Welsh. I would say there was a hint of American and Australian accent in there to. The other issue, I’m kind by nature and where we lived in Saudi Arabia we never had much issue with bulling. Kenfig Hill although a nice place to live is a lot harder to people.

The second and largest of these events I think came before Secondary school.

This hit me hard, from the night of his death where I knew something wasn’t right before the phone call, to after his funeral. It hurt.

Although on the front of it I showed my “happy mask”, friends and family didn’t know and I’m sure they do not know the depth it affected me.

I found myself looking for my own company, to sink into myself and the comforting numbness it bought. Although I found enjoyment in things, I wanted to be in my own company. Less chance of hurt.

Finally come the day I could leave school, become a better me… right?

I was sixteen and getting an apprenticeship. Things was good for the first few years. I was happier and more confident in myself.
It was at this point that I was looking for a relationship. A mission in itself.

When I did find someone, she wrecked havoc with me, for the best. She bought me out of my self, the first person I opened myself to and talked about my problems to. She talked about her’s and how she worked past her depression and was doing much better now.

For many things she was my first and that made it painful afterwards when the inevitable day came and she broke up with me.

I sunk to my lowest point, I felt numb, didn’t eat and went through the motions of existence.

That is when the dark voice started creeping in and Depression showed itself in it’s entirety. Thoughts of suicide formed; “what is the point”, “they will be better off without me”, classic things.

I know there is an argument people say, what about the ones you leave behind and their pain? Dude we thought about the momentary pain that we think you will suffer but have you thought about how much pain we are in to look past that and think about taking our own lives?

I couldn’t tell you what stopped me from self destruction back then. However I started climbing back up, had a few slips on the way when I met other girls. Including the first time me and Emma dated.

Finally, I found someone.

We rented a place of our own place and got engaged. We tried to go on holiday once a year and once a month go somewhere new. Things were good and we was happy.

So I thought we was.

After around 5 years cracks started appearing in our relationship and towards the end of the year I found out she was cheating on me. I felt I had been hit by a bus!

A few work friends helped me move out that afternoon and finally that night laying in my old bed in my parents feeling a failure, Depression paid a visit.

The following few weeks was difficult, it all happened two weeks before Christmas and the house needed to be sorted and given back to the land lord. I was numb but tried my hardest to keep my happy mask on. By the end of it I was left in debt, depression and confusion. What had I done wrong?

The first month I ended up breaking down a few times and crying. My life had been shattered, I felt like I had failed, I didn’t know how I would recover from this and I was scared. My friend Depression stayed by my side though, not sure if it was comforting.

Once again the comforting numbness covered me, eating became difficult and I was going through the motions.

Over the following year I came to realise that I was better off. It would be difficult but it can be done. I had new things to focus on, new job, a niece joining the family and a niece on the way.

I now had time to spend focusing on myself and self development. Photography took centre stage then. Still, Depression was never too far away.

Finally after a year I was ready to start looking for love again.

After a few failed dates, it was Facebook that gave me light again. Emma had a memory come up about when we went to the cinema nine years before. She got ID’d!

Although at the time I had the flu (no, not man flu), we managed a few dates before I met Caitlin.

Things started looking good again, even the shock of Harley made things better for all of us.

Yes it has been a tough few years with all sorts of problems on the way. It has been a happy time for me, all but forgetting Depression.

The pandemic has bought a lot of stress and hardship for everyone.

With me, with work, after a year of losing patients due to natural problems we went into the pandemic not knowing what state we will be on the other side.
The first three months we didn’t take earnings because there was no money. All of my cards was maxed out trying to survive. Not knowing how long this could last, thankfully the Government finally stepped in to help.
However at that point the damage had be done and we haven’t recovered with personal finance. We are struggling to make ends meet each week. I have no idea how much longer we can keep this up, my friend Depression has paid a visit again to “help out”.

Last year my Grandfather became ill, and due to circumstances it was me that had to help out. Not that I had an issue, it was family that made the it difficult. I don’t think everyone knows the full story or truth, but I have been made the villain in it it feels. Sadly after Christmas last year he past away.

Although this year things have got back to near normality, I am missing a large amount of patients still. It will take a long while to recover from the pandemic. This year has been spent trying to help my Grandmother get things sorted.

Does it ever go away?

Right now Depression is sat next to me, helping me write this. The last two years have taken its toll on my mental health. The stress of money has been constant, the stress of trying to help my family, and right now the worry over Caitlin and the path she is leading. Work is a worry and what to do for the best. My physical health is now being affected with all of this, that is the point I have reached.

Family is the only thing that does bring me joy at the moment, seeing both Caitlin and Harley grow has been the light to keep me going. However that light is fading from the struggle of everything else.
Nothing is enjoyable now, a greyness in feelings, good things flash a quick colour before fading again. It takes a lot of energy to keep going, to keep it all together for everyone else. I am tired now and my happy mask has worn away.

I am sure there will be an end to it, like there has always been. It will take time, focus on the positive things, make and achieve goals.

I know I have a loving family and if I reached out to them supporting friends. I still feel like I am alone in this, and that is what depression does to us.

Some of the reasons might seem trivial to some people, it does to me on times. We can not choose what triggers depression though.

If you know someone with depression, reach out and help them, talk to them. Be there.
If you are suffering, know you are not alone, however hard it is to see, someone is there to talk to… even me! Please don’t suffer alone.

There is plenty of charities that help you.

I am David and I own davidwilliamsweb, which is a small part of the jumble of cables and data we call The Internet. I write about all different topics and interests including health, photography, adventures, and everyday life. If is is interesting or helpful I write about it. You should really follow this blog if want real down to earth content that could help you develop, learn or just be entertained. View all posts by David Williams 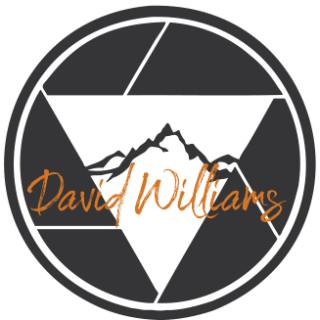 I am David and I own davidwilliamsweb, which is a small part of the jumble of cables and data we call The Internet. I write about all different topics and interests including health, photography, adventures, and everyday life. If is is interesting or helpful I write about it. You should really follow this blog if want real down to earth content that could help you develop, learn or just be entertained.